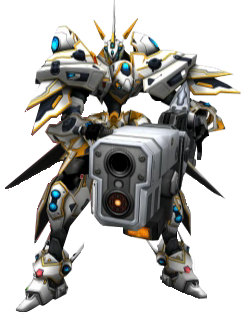 RF Online the most epic of all online games is now completely FREE to play!

There are no more monthly fees and no need to buy a box or digital key, all you need to do to enter this fusion of Sci-Fi and Fantasy is download the completely FREE game client.

RF Online, or Rising Force Online, is an interesting 3D Sci-Fi MMORPG. The game is one of the only sci-fi MMORPGs out there, which is a shame as the genre has so much potential. The game’s best aspects are its original music and gorgeous graphics. The game takes place in a distant planet in the ‘novus’ system where each of the game’s three factions, Accretian Empire, Bellato Federation and The alliance of Cora fight it out to gain control of natural resources in the area. The game’s four playable classes are:

Warrior –Warriors are the primary ‘tank’ class in RF Online. They have the most hit points and are effective at dealing heavy damage in melee range. They are capable of wearing the best armor and can use a variety of melee weapons.

Ranger – Rangers are specialized at using ranged weapons to deal damage. They are vulnerable in close quarters combat but

Specialist– Specialists are RF Online’s hybrid class. They are capable of using all several types of weapons and armor, but they lack the strength of a a warrior, but are the only class in the game that can craft items.

Spiritualist– Spirtualists are the generic caster archetype. They are capable of dealing massive damage from a distance using their ‘force’ spells but have relatively low hit points compared to the other classes. The Accretians do not have access to the Spiritualist class.

Set in a deep space galaxy known as Novus, take your pick from three all-powerful warring factions leading your character into the final battle for total control over the entire galaxy.

Choose from either the Bellato Union, taking control of individual robot battle units like never seen before within any MMOG, Holy Alliance Cora, the mystical and fantasy-orientated race utilizing the power of magic, and finally the mighty Accretia Empire, a futuristic alien race intent on spreading destruction across the entire sector with their advanced weaponry systems.

Implementing a host of key features that allow players to rain destruction down on their enemies, Episode 2 is a huge milestone for RF Online as we continue to grow the game. If you’ve not yet played RF Online, or if you’ve previously been a subscriber and are thinking of coming back now is the perfect time!.

For more information on Episode 2 patch, please read the official patch notes and file located here. We look forward to seeing everyone in Novus!

Ever wonder how GOOGLE got it's name

Wed Nov 7 , 2007
The $160 billion typo Stanford student Sean Anderson was the guy who gave Larry Page the name of his search engine and company: Sean Eron Anderson Sean and Larry were in their office, trying to think up a good name — something that related to the indexing of an immense […]